Drains aren’t always thought about in a great level of detail, so when an issue occurs, it can be difficult to know where to start. When you call a professional to fix the problem, it can be overwhelming when it comes to understanding the terminology used. Here at Power Rod, we understand the importance of our customers being fully aware as to what the situation is and what has been done to fix it. In order for this to happen, all jargon needs to be understood, and we’re on hand to help.

In this article, we’ll be presenting you with a list of drainage terminology for you to best understand the work that will be carried out on your drain, should a problem arise. 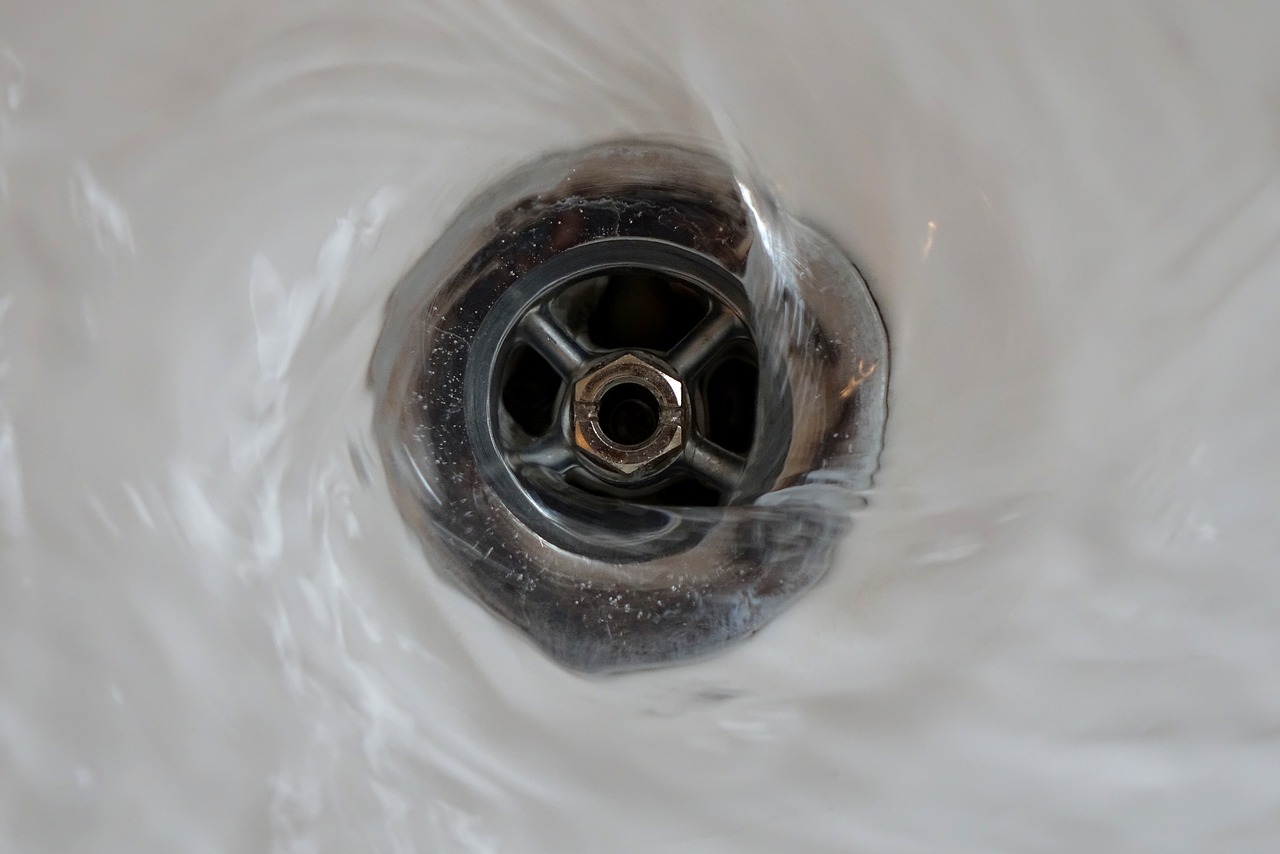 Adoption of sewers – transferring responsibility for the upkeep and maintenance of a sewerage system(s) to a sewage undertaker.

Aesthetic pollution – solid, visible sewage materials that have little impact on the environment.

Anti-flooding device – designed to be specifically installed in sewers or gravity drains to stop the backflow from a sewer towards an individual property or collection of properties.

Brownfield site – a site which is being redeveloped as a result of pollution issues.

Cavitation – implosion of air in water at high velocity – something which can cause damage.

Collection system – a series of underground pipes located in wastewater which receives and carries stormwater and/or domestic or industrial sanitary wastewater.

Combined network – a sewer network collecting foul water and rainfall from both impervious surfaces and domestic and commercial sources.

Control structure – used to limit the rate of flow, this is a hydraulic device.

Culverts – a covered pipeline or channel.

Depression storage – natural depression on the ground’s surface that needs rainfall in order to be filled. This ensures runoff can take place.

Discharge – an indeterminate amount of liquid which flows through a section of conduit per unit of time.

Drain – an underground pipeline specifically designed to carry surface or wastewater to a sewer.

Drainage – a series of channels, pipes and other engineering works designed to carry stormwater away from an environment which is built up.

Drain tracing – a method of inspection to locate blockages, collapsed drains and concealed manholes in areas that would be otherwise difficult to reach.

Erosion – the movement of sedimentary deposits or soil caused by the flow of water, such as within a pipe or over the ground surface, for example.

Evaporation – the process which dries out the ground surface.

Event (rainfall) – a single occurrence of rainfall both before and after a sufficient dry spell, therefore having an effect on certain sewer systems.

Extreme event – an event which occurs infrequently (such as large storms or long droughts).

Flap gate – a gate which, when opened, releases water whilst also preventing it from going back into the system.

Foul system – a sewerage system, drains or pipes that have been specifically designed to carry foul sewage only.

French drain (filter drain) – a granular trench that has been filled with stone in order to carry and infiltrate stormwater runoff.

Gradient – the angle of the pipe’s inclination which also dictates its velocity of flow as well as its capacity.

Gravity system – a sewerage system or a particular drain whereby flow occurs due to the force of gravity. The pipeline is specifically designed to operate below its capacity when required.

Gully – typically fitted with a grit tap and a grating, this is a structure permitting the entry of surface water runoff into the sewerage system.

Head-discharge – the relationship between the water level and the discharge rate.

Highway – any road, public-footpath, track or bridleway, either in public or private ownership, which isn’t associated with one single property.

Highway drainage system – a sewer or drain constructed in order to drain a highway of excess surface water.

Hydraulic capacity – the maximum that a pipe can carry based on its slope, roughness and dimension. It’s also referred to as pipe-full capacity – which is less than the maximum capacity.

Hydraulic simulation – a computational process done by way of a computer model to analyse how the system behaves as a result of an external influence, such as rainfall.

Inflow – the flow of water and other liquids which enter the sewerage system. It can be generated by industrial discharge or rainfall, for example.

Inlet – a connection joining the catchment area and a drain for surface or stormwater to enter. It’s also used to describe a structure which sits at the entrance of a conduit. An inlet also refers to the upstream end of a structure that water flows through.

Inspection chamber – provides access to the sewer or drain in order to service it. This is done using equipment that’s remotely operated – no personnel access.

Invert – the lowest portion of a closed conduit. Usually, this can be found in its internal cross-section.

Lateral drains – a private sewer or drain carrying drainage flows from an individual property to a public sewer.

Manhole – a structure providing access to the sewer or drain for servicing.

Misconnection – an improper connection between an inlet or drain to a drain or sewer that isn’t designed to carry a particular element of flow.

Model – mathematical computer-generated equations that were developed and used to replicate the behaviour of a certain system.

Network – a collection of connected links, pipes and manholes.

Orifice – a pipeline constriction that controls the rate of flow.

Overflow – the discharge of sewage into the environment before it has been treated. This could either be intentional or unintentional.

Overflow weir – a structure or device which relieves excess water from the conduit, or another container, when it reaches full capacity.

Pervious surface – ground surface that allows the infiltration of water to occur, although it’s still subject to some surface runoff.

Primary treatment – the treatment of wastewater at a dedicated facility.

Private sewer – typically, this is collectively owned and maintained by the owner(s) of the building(s) the network is connected to.

Public sewer – a sewer where the responsibility falls to public authorities to maintain it.

Raingauge – a device used to record the level of rainfall at a specific location.

Reservoir storage – a volume of flow will be temporarily stored in a length of pipe, surface or channel as the rate of flow and depth increases. The storage will deplete following a storm.

Root ingress – occurs when a crack forms in an underground pipe which allows water to escape. Nearby tree roots will benefit from this, subsequently leading the roots to the crack in the pipe. If this happens, tree roots can force their way into the pipe, causing further damage.

Runoff – water that flows from a surface, eventually reaching a sewer or drain.

Screen – a device used to remove or retain floating solids in wastewater or flowing water.

Scumboard – a board or plate that sits below the water level, thus retaining a buildup of scum and other suspended or floating debris.

Sediment transport – the movement of solids through flowing water and other liquids.

Separate system – a system made up of two pipelines – one carrying surface water and another carrying wastewater.

Sewage – surface water or wastewater conveyed by a sewer or drain.

Sewer – a conduit or pipe that carries drainage water or wastewater which serves more than one property.

Sewer flooding – the unexpected escape of wastewater from a sewerage system.

Sewerage – also referred to as a drainage collection system.

Sewerage system – a network of pipelines carrying surface and/or wastewater from drains for treatment or another place of disposal.

Sluice gate – a gate which slides open and closed which allows flow to take place.

Soakaway – a pit that surface water is drained into in order to infiltrate the ground.

Soffit – the top part of the inside of a conduit or pipe.

Source control – reducing pollutants and runoff in order to prevent them from entering drainage systems.

Sub-catchment – a drain at ground surface level leading directly to a gully or collection of gullies.

Suspended solids – insoluble solids that are suspended, or floating in water or wastewater.

Sustainable drainage – drainage techniques that are beneficial to the environment.

Time of entry – the time taken for surface runoff to enter the pipe system.

Wastewater – water used and subsequently discharged to a drain.

Water quality – chemical, physical and biological properties of water to determine its suitability for varying purposes.

Watercourse – either a natural or artificial channel allowing water to pass through.

Here at Power Rod, we have a wide range of drainage services available, all performed to an exceptionally high standard. With a team of dedicated professionals behind our operations, you’ll always be able to count on Power Rod to fix your drainage problems, including, but not limited to, drain repairs, drain unblocking, drain cleaning, CCTV drain surveys and commercial drainage. For more information about the services we provide, get in touch with us today – we operate throughout Bedford, Hemel Hempstead, Milton Keynes, St Albans, Stevenage and the surrounding areas.